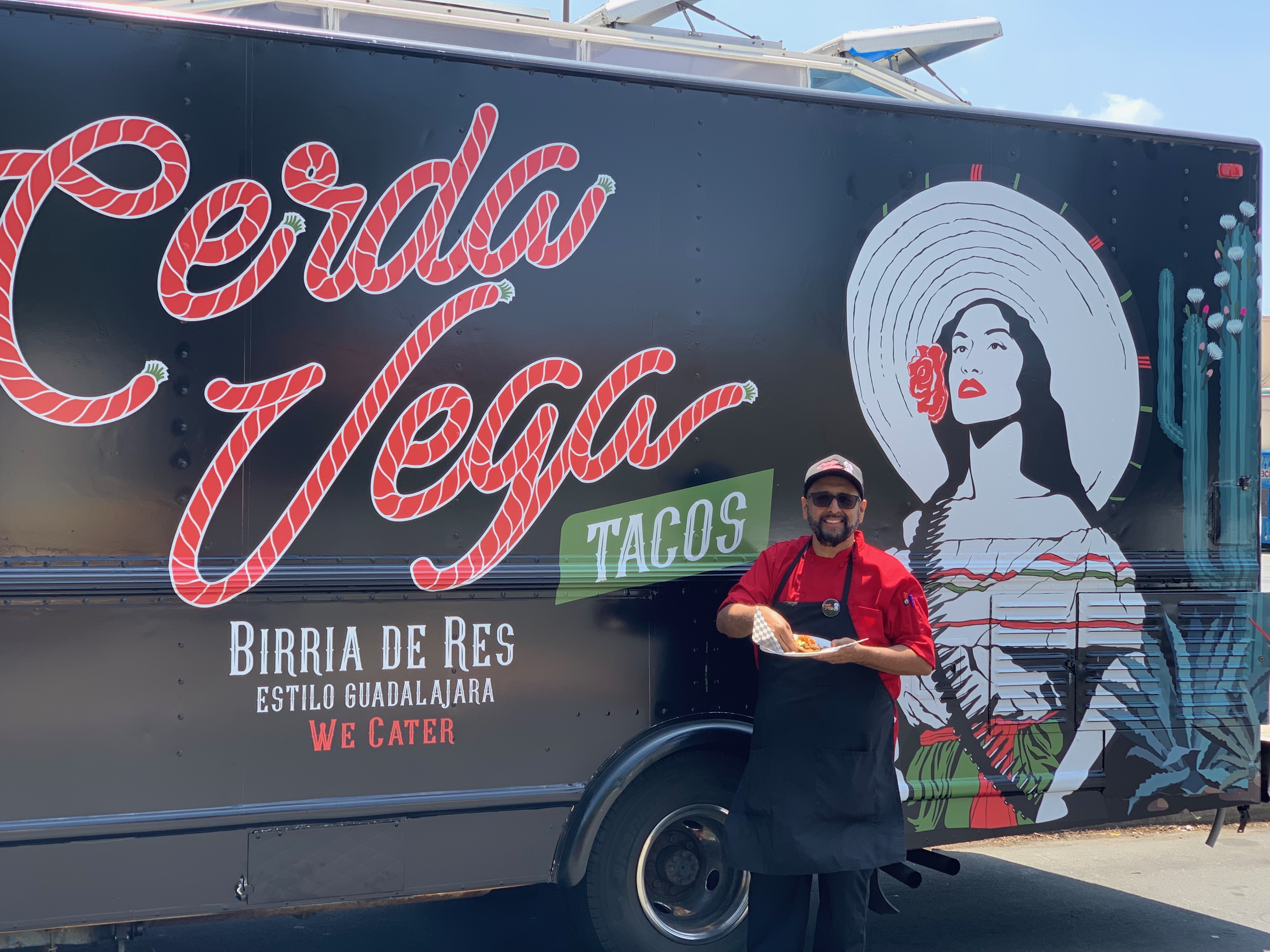 Cerda Vega Tacos and the Best Birria in LA

Serving up juicy birria all across Los Angeles

Share
Tweet
According to co-owner Lorenzo Cerda, Cerda Vega Tacos and their birria tacos are dedicated to celebrating family and sharing their passion for what they do in every bite.

What started out as a single food cart outside of bars four years ago with the standard carne asada tacos and tacos al pastor quickly multiplied into three carts catering events all across Los Angeles.

The business then developed further into a food truck dedicated to selling birria tacos full of juicy braised beef, based off of a recipe from co-owner Daniel Vega’s grandmother in Guadalajara.

When Cerda Vega Tacos launched their truck in the spring of 2019, everything they did sought to share Cerda’s and Vega’s history and inspirations.

The logo on the side of their truck is of an Adelita, a woman who fought during the Mexican Revolution. It’s intended to honor the strength and resilience of the mothers and grandmothers who raised Cerda and Vega.

“I grew up in the kitchen with my grandmother and so did Daniel,” Cerda explained. “Culinary school taught me technique, but the flavoring and seasoning either came from my part of the family or from Daniel’s.”

Despite some difficulties that the duo faced on their opening day, the truck managed to adapt and sell out in just a few hours. From then, Cerda and Vega have seen incredible growth with their business, even serving food for productions like “All Rise” and “The Voice.”

Persistence has also been key to their success, especially when it comes to the challenge of differentiating the Cerda-Vega birria tacos within the market, rather than being automatically considered “just another taco truck.”

Cerda cites accepting the fact that you’ll be told “no” but highlights the importance of always working to get people to taste the passion and love they cook into their food—in every smell and every bite.

That passion is translated into every event that Cerda Vega Tacos has catered because each one is always driven by the people that they serve and feed.

“There’s this instant gratification that we’re pleasing people and the best way I know how to do that is through the food,” Cerda said. “We really take the time to get to know the customers, their names. While Daniel’s working in the kitchen, I’m out front talking to people and making sure they really understand who we are through the story of our truck.”

Having recently partnered with City Flavor , Cerda Vega Tacos has been able to cater to new places like UPS distribution centers in the face of COVID-19 cancellations.

Cerda recommends newcomers to the truck try the Mexican French dip, which is served with consommé so that customers can dip the food into so everything becomes extra flavorful and juicy. They also offer a super cool birria ramen that takes on all the flavors of the beef, but in noodle form!

To keep up with Cerda Vega Tacos as they continue to expand their business—especially with the possibility of a second truck!—and develop new recipes to roll out throughout the end of 2020, make sure to give them a follow on their Facebook ( here ), Twitter ( @cerdavegatacos ) and Instagram (@ cerdavegafoodtruck ) pages. 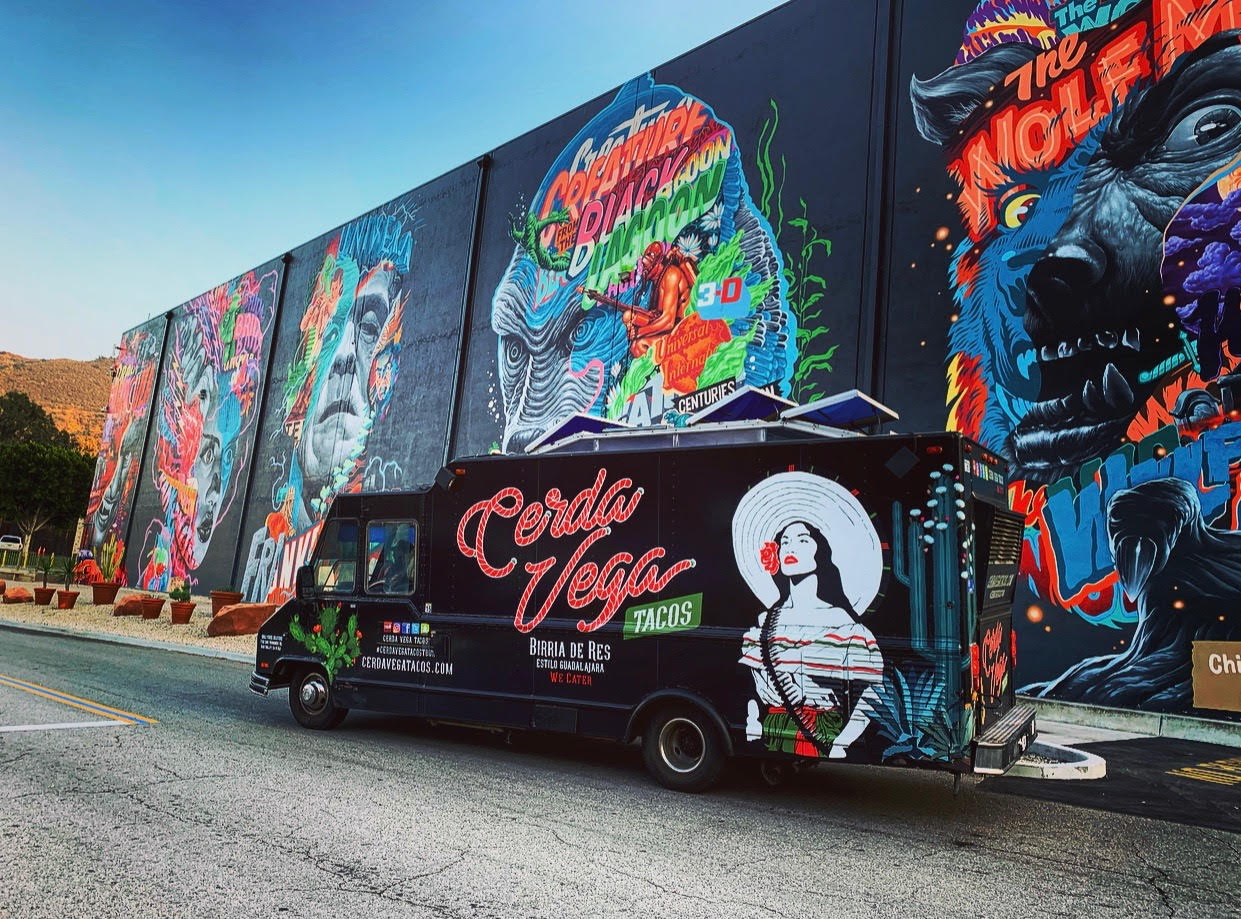